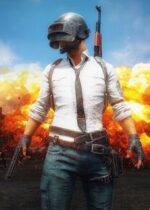 PLAYERUNKNOWN’S BATTLEGROUNDS is a battle royale shooter that pits 100 players against each other in a struggle for survival. Gather supplies and outwit your opponents to become the last person standing.

The Battleground Awaits
Parachute onto a massive remote island with nothing but your wits and the clothes on your back. Explore on foot or use vehicles to find weapons and supplies to gear-up for fast-paced combat.
Fight Alone or Team Up
Go solo or team up with other players as you engage in a heart-racing fight to the be the last person left alive.
Claim Victory
Defeat every player on the map to earn bragging rights as the last player left standing in the ultimate life and death fight.