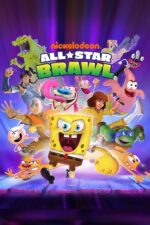 Compete with your Nickelodeon favorites in platform battles that are explosive! You will face off with an all-star cast of Nickelodeon characters, including Teenage Mutant Ninja Turtles, SpongeBob Squarepants, Danny Phantom, Aaahh!!! Real Monsters, The Wild Thornberrys, Hey Arnold!, Rugrats, and many other animation stars to determine who is the best. Nickelodeon’s fans will enjoy endless action thanks to the unique moves and attacks each character uses. Choose your favorite character and let the fun begin with local and online multiplayer action.