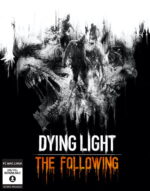 The impossible turned out to be true. There is a secret passage leading outside the walls of Harran. The unfair race against time to save countless human lives has just begun…

Dying Light: The Following is a new chapter of Kyle Crane’s story and a vast expansion to the base game. Offering the amount of content fit for a stand-alone title. All this, coupled with numerous improvements to the original Dying Light gameplay.

Brand New Map
Discover a brand new, breathtaking region, larger than all of the base game maps combined. New locations, characters, quests and secrets await you.
New Story
Become Kyle Crane once more and uncover a mystery in which zombies are not the only threat anymore. Discover the secret of an ancient cult possessing the power to change Harran’s fate.
Modifiable Vehicles
New means of survival – a fully modifiable tool to spread carnage among the zombie hordes. Customize your buggy to turn it into a deadly weapon and hit the road.
Non-Linear Progression
Gain reputation with the locals to discover new secrets guarded by the cult. Earn their trust by performing quests and choose your own path to infiltrate the sect.